Skip to Main Content
It looks like you're using Internet Explorer 11 or older. This website works best with modern browsers such as the latest versions of Chrome, Firefox, Safari, and Edge. If you continue with this browser, you may see unexpected results.
Find Sources
How Do I...?
Connect With Us

Together by Vivek H. Murthy

A guide to Vivek H. Murthy's "Together" along with similar books available here at Kishwaukee College Library!

Check out the left menu for books at Kishwaukee College Library. For more information about borrowing books from Kish Library email library@kish.edu or call 815-825-9330.

Recording of the conversation: 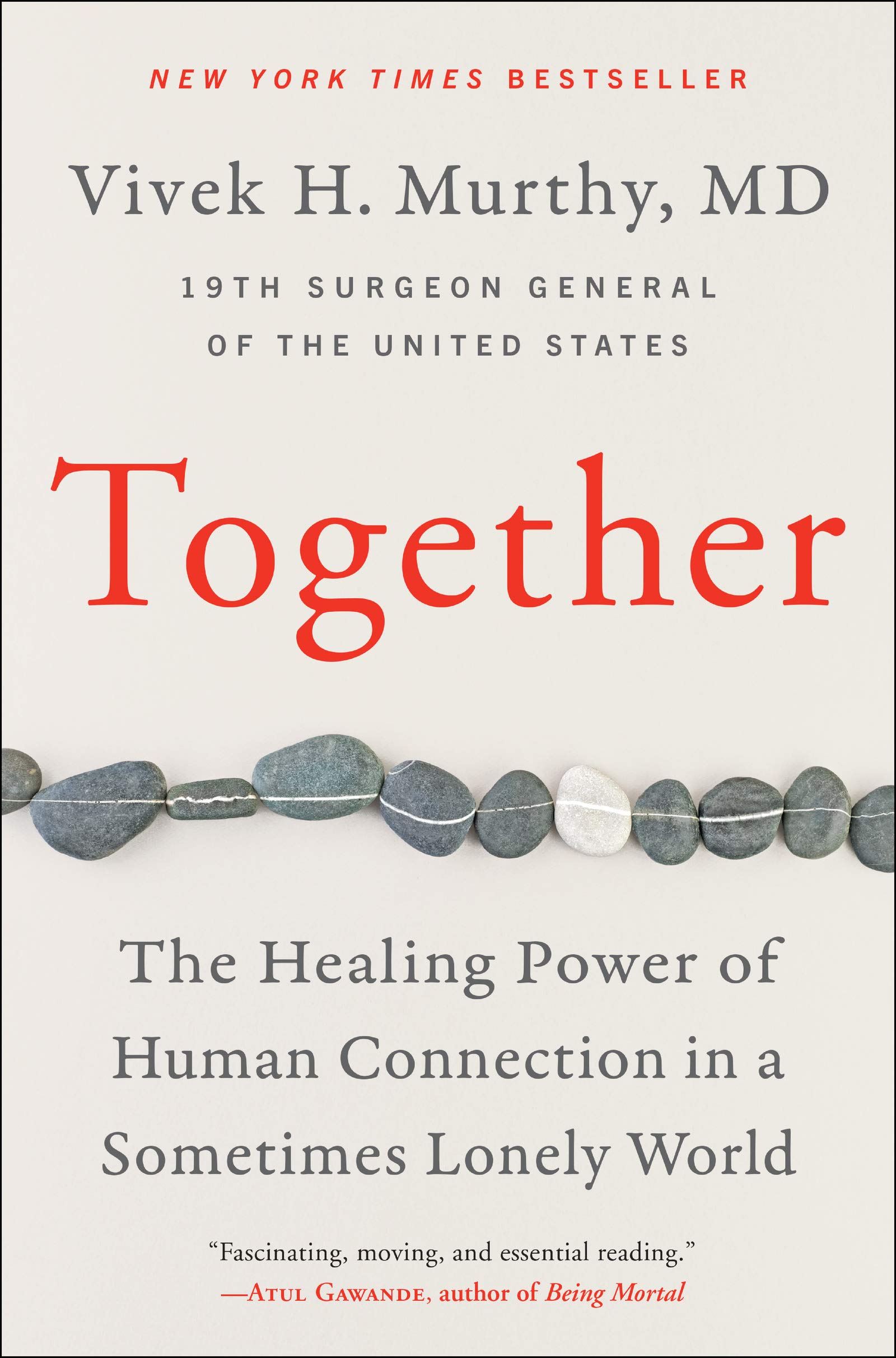 In this groundbreaking book, Former Surgeon General of the United States, Vivek Murthy argues that loneliness is the underpinning to the current crisis in mental wellness and is responsible for the upsurge in suicide, the opioid epidemic, the overuse of psych meds, the over-diagnosing and pathologizing of emotional and psychological struggle. The good news is that social connection is innate and a cure for loneliness. In Together: The Healing Power of Human Connection in a Sometimes Lonely World, the former Surgeon General will address the importance of community and connection and offer viable and actionable solutions to this overlooked epidemic. 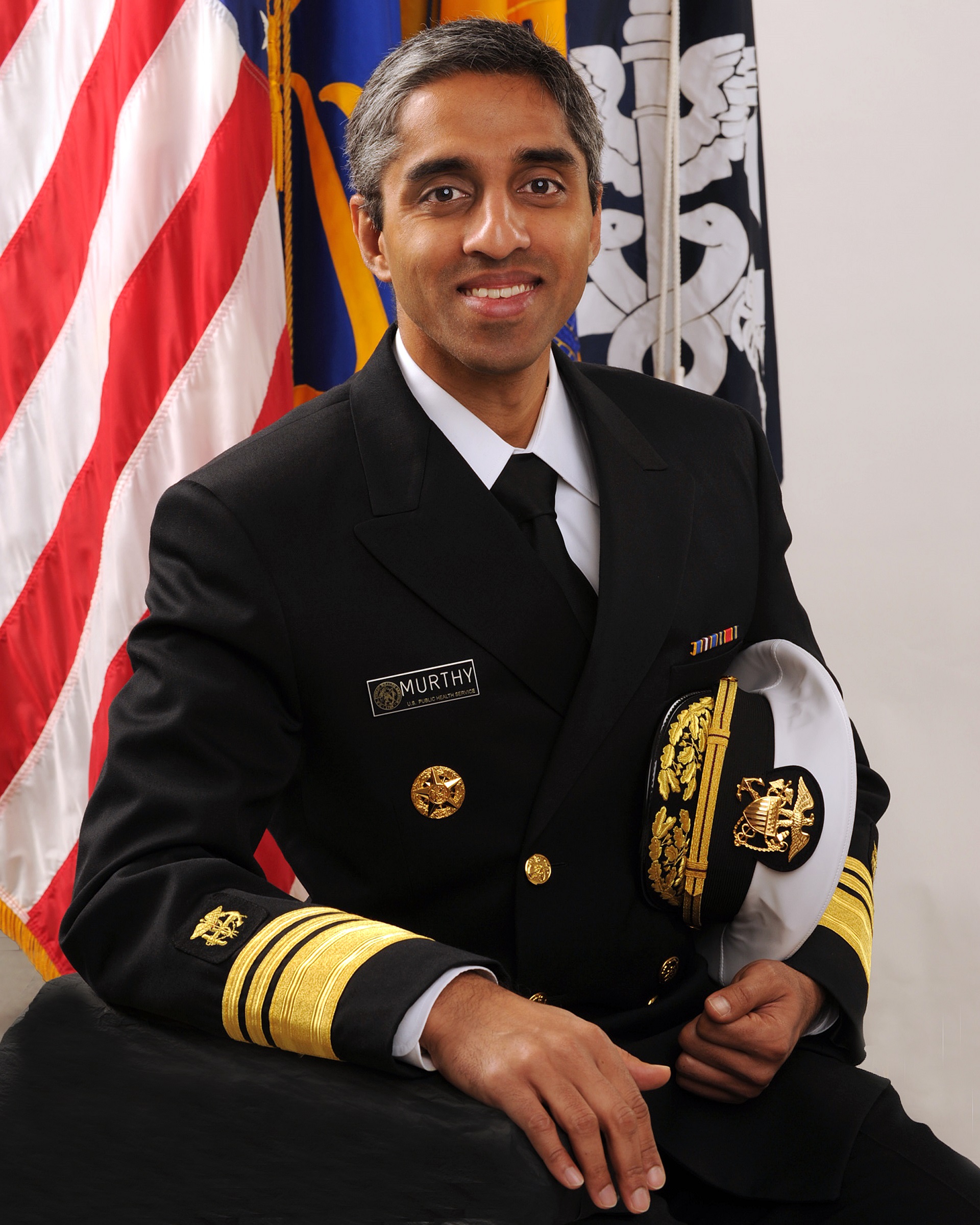 "Dr. Vivek H. Murthy was confirmed by the U.S. Senate in March 2021 to serve as the 21st Surgeon General of the United States as a returning role. As the Nation’s Doctor, the Surgeon General’s mission is to restore trust by relying on the best scientific information available, providing clear, consistent guidance and resources for the public, and ensuring that we reach our most vulnerable communities As the Vice Admiral of the U.S. Public Health Service Commissioned Corps, Dr. Murthy commands a uniformed service of 6,000 dedicated public health officers, serving the most underserved and vulnerable populations domestically and abroad.

During his previous tenure as 19th Surgeon General, Dr. Murthy has created initiatives to tackle our country’s most pressing public health challenges. As “America's Doctor he helped lead the national response to a range of health challenges, including the Ebola and Zika viruses, the opioid crisis, and the growing threat of stress and loneliness to Americans' physical and mental wellbeing. He also issued the first Surgeons General’s report on Alcohol, Drugs and Health, in which he challenged the nation to expand access to prevention and treatment and to recognize addiction as a chronic illness, not a character flaw. Dr. Murthy continued the office’s legacy on preventing tobacco-related disease, releasing a historic Surgeon General’s report on e-cigarettes and youth.

Prior to his tenure as Surgeon General, Dr. Murthy co-founded VISIONS, a global HIV/AIDS education organization; the Swasthya Project, a rural health partnership that trained women in South India to become community health workers and educators; TrialNetworks, a technology company dedicated to improving collaboration and efficiency in clinical trials; and Doctors for America, a nonprofit mobilizing physicians and medical students to improve access to affordable care. His scientific research has focused on vaccine development and the participation of women and minorities in clinical trials.  And as an internal medicine doctor at Brigham and Women’s Hospital and at Harvard Medical School, Dr. Murthy cared for thousands of patients over the years and trained undergraduates, medical students, and medical residents.

Raised in Miami, Dr. Murthy received his bachelor of arts degree from Harvard, his masters in business administration from the Yale School of Management, and his MD from the Yale School of Medicine. A renowned physician, research scientist, entrepreneur, and author of the bestselling book Together: The Healing Power of Human Connection in a Sometimes Lonely World, Dr. Murthy is among the most trusted voices in America on matters of public health. He lives in Washington, DC with his wife, Dr. Alice Chen, and their two children." (Department of Health and Human Services)